The pursuit of convenience has many workers snarled in a loneliness trap.

he world became a lonelier place on September 2, 1969.

On this date at a Chemical Bank branch in Rockville Centre, Long Island, New York the first ATM was unveiled. The automated teller machine sparked a revolution of convenience. What was once a process requiring face-to-face interaction was now a completely autonomous experience thanks to the sophistication of this invention. Today there are over 3 million ATMs worldwide.

Convenience, efficiency, and time-saving were attractive traits of the ATM, making it easy for people to adopt the new technology. ATMs soon became one of the first computers that were widely used by people. ATMs eventually became available in shopping malls, gas stations, airports, cruise ships, restaurants, military ships, and even in rural areas of Africa operating via solar power.

The invention and proliferation of the ATM teaches us some important lessons about loneliness and how we should approach remote working.

It’s estimated that the ATM has collectively saved people around the world billions of hours by eliminating waiting in long lines and speeding up the transaction process. However, there’s an opportunity cost associated with avoiding lines, and that cost is social connection. If you choose to use the ATM instead of entering the bank, you miss the opportunity to speak with fellow customers, tellers, or other bank employees. Ultimately, you trade connection for convenience. In fact, this is a primary reason why the wife of the inventor of the ATM took a very shocking stance on ATMs—a stance that is a masterclass in how to lessen loneliness. More on her stance later.

After mentioning these insights about ATMs in a recent in-person keynote presentation of mine, a woman spoke to me afterward explaining that she was a bank teller early in her career and before the bank had an ATM, people would gather every Friday and converse while they waited to process their paycheck. The bank served as a conduit of connection. It was a community staple. As soon as the ATM was introduced, the Friday social gathering vanished and she told me the "connections were never the same." The staple was removed and the tightly knit community fell apart.

Today's workplaces are experiencing a similar social vanishing where the new ATM is remote work.

If you were presented with the peculiar opportunity to press a big red button that reads “Delete the Internet,” would you push that button and erase the Internet from the face of the planet? While tempting for some people, most people I’ve polled have said they would not push the button. Why? Because the benefits of the Internet outweigh the risks. As long as the benefits of an invention or technology outweigh the risks (even if just slightly), then people will continue to adopt and integrate it into their lives.

However, while we’re marveling at the ease and novelty of today’s innovations, loneliness is wreaking havoc on our well-being and performance at work.

We are subtly turning our backs on humanity every day. We do this when we choose convenience like remote work, mobile banking, on-demand, and contact-less food delivery, or self-checkout kiosks. Just a generation ago, we could never have imagined just how convenient it would be to avoid connecting with people.

Technology isn’t bad. It's incredibly useful and at times it's better suited to carry out a task than humans are. However, if we are consistently automating out humans, we’d better start automating in more connectable habits, such as calling a friend or having lunch with a new hire. After all, isn’t the purpose of automation to regain time? But instead of using that time to connect more deeply with others, too many of us spend it on solitary pursuits like responding to more emails, scrolling further on TikTok, consuming additional news, or binging longer on Netflix.

Regressing to pre-internet times in order to regain more social connection isn’t realistic, viable, or even desirable for most. What sane person would intentionally choose to refold those tricky road maps instead of relying on the real-time traffic updates of Google Maps?

However, now more than ever, we need to be more vigilant about fighting for less loneliness and more belonging in a world full of convenience and tempting distractions. Today’s ATMs come in many forms. Smartphones, email, remote working, social media, one-click ordering, binge-watching, and texting present us with subtle daily choices to trade connection for convenience. Left unaware and unchecked, these modern tools and ways of working can unknowingly march humanity into the deep dark sea of loneliness.

To guard ourselves, teams, and communities against this dangerous march toward isolation, we must continuously ask ourselves: Where can I trade convenience for connection?

Loneliness isn’t a problem to solve but rather a tension to manage. It will be a tension to be managed as long as humans are fully human. After all, loneliness is a useful biological cue that we belong together.

When the inventor of the ATM asked his wife to start using his new invention. She politely declined providing the reason that the ATM "will never smile back at you." To this day she has never used an ATM and prefers to interact with her local bank tellers. She has found one way to be more connectable by trading convenience for connection.

ABOUT THE AUTHOR:
Ryan Jenkins, CSP® (Certified Speaking Professional)™,  is an internationally-recognized keynote speaker, virtual trainer, and three-time published author. His latest book is Connectable: How Leaders Can Move Teams From Isolated to All In. For a decade, he has helped organizations optimize generational dynamics, lessen worker loneliness, and prepare for the future of work. He is also co-founder of LessLonely.com, the world’s first resource fully dedicated to reducing worker isolation and strengthening team connections. Ryan lives in Atlanta, GA with his wife, three children, and yellow Labrador. Learn more at RyanJenkins.com. 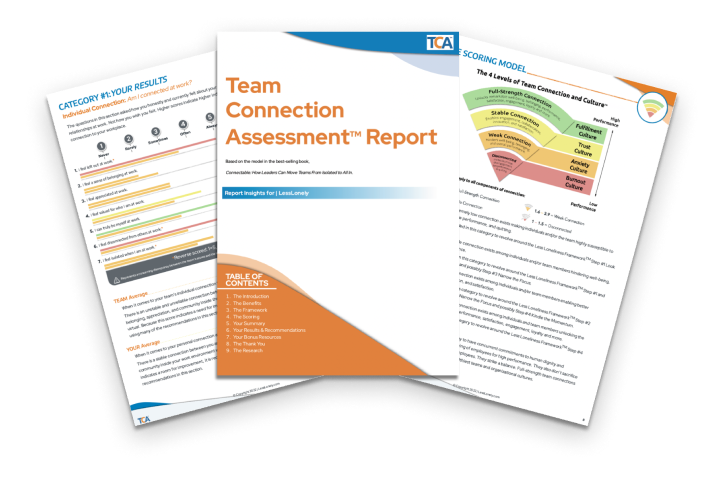